In 1957, the Accokeek Foundation was established by private citizens who sought to preserve the view from George Washington’s Mount Vernon and to protect the Maryland shoreline from over development. During the past 50 years, this vision has grown to encompass wide-ranging education programs in agriculture, conservation, and history, all of which focus on the theme of “people shaping the land, land shaping people, over time.” Planned gifts have made much of this possible, and the Accokeek Foundation now has a goal of raising $5 million to ensure future financial strength and sustainability.

The Frances Bolton Society was established to thank and recognize those who have remembered the Accokeek Foundation with a planned gift and who, through their example, encourage others to do the same. The Society functions as a leadership circle of friends who share an interest and partnership in the Accokeek Foundation’s work. Members meet periodically to socialize and exchange ideas with the Foundation’s board, staff, and other prominent stakeholders.

Who was Frances Bolton? 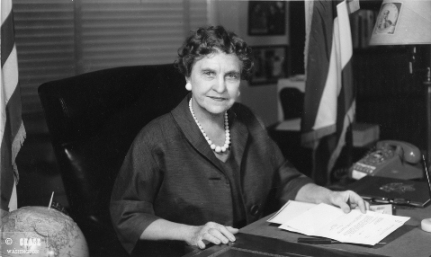 Does the planned giving program have a fundraising goal?

The Accokeek Foundation has a goal of raising $5,000,000 through its planned giving and other major donor gift programs. This fundraising will ensure future financial strength and sustainability of the organization.


What have we done with planned gifts in the past?

Planned gifts have played a critical role in the Accokeek Foundation’s founding and ongoing operations. For example, past gifts have provided the land we currently steward, the endowment for our Robert Ware Straus lectures, and the “Rainy Day Fund” which now is about $1M (enough to sustain operations for one year if all other income ceased).


What will we do with planned gifts in the future?

Planned gifts are an important part of our strategy for meeting the future operating needs of the Accokeek Foundation. Gifts will help to grow our endowment and investment portfolio to create a more stable source of funding and less dependence on outside annual income sources. Although general operating support is critical, donors can designate program areas that they want to support with their planned gifts. For example, funding might be directed to the National Colonial Farm or the Heritage Livestock Breeding program.


Why should I give to the Accokeek Foundation?

The Foundation has a strong track record of sound fiscal stewardship, long history of service to the public, and interprets important key themes around the connections between people and the land. There is tremendous value of investing in the Foundation’s work in conservation, agriculture, and cultural history, especially at this critical time.


Do I need to have an "estate" to make a planned gift?

Everyone can make a meaningful contribution to the Accokeek Foundation. Although many people who make planned gifts have considerable wealth, you do not need to be wealthy, nor do you need to leave a huge gift, to make a difference.


What are some of the typical ways to make a planned gift?

Many people make a gift of cash, securities, real estate, or other property though their will, codicil, or trust instrument. Other ways to give include designating the Accokeek Foundation as a beneficiary of all or part of the remainder of your estate or trust after the payment of estate-related expenses, other bequests, or following the death of a spouse or other primary beneficiaries. A very easy way to give is to name the Accokeek Foundation as a beneficiary of your retirement plan or paid up life insurance.


How can I benefit by making a planned gift?

Benefits of planned giving include not only the personal satisfaction of making a difference through your contribution, but also some great tax benefits for donors. You may be able to increase your current income, reduce income tax, avoid capital gains tax, and transfer your assets to heirs at a reduced tax cost.


Where can I get more advice about planned giving?